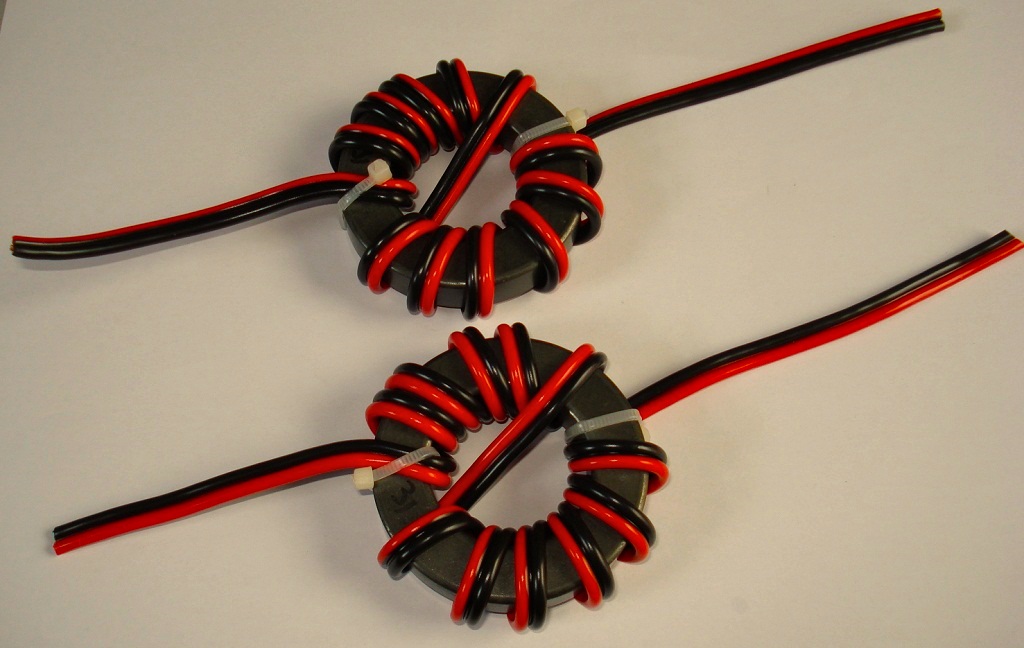 It’s often said that you must use a 4:1 Balun on your G5RV or where ladder-line meets coaxial cable.

I often hear this topic discussed on the airwaves and the popular offering is that “you reduce the 300 or 450-ohms to nearer 50-ohms”.  This is a fallacy, because going by that logic you could just replace the balanced feeder and use 50-ohm coax, right?

The truth is that without some measurements of your ladder-line and wire lengths, you just won’t know what the aerial (be it a Doublet or G5RV) is doing at a given frequency.  The late G3TXQ wrote extensively about this and you can see a copy of that article here.

If you have a manual ATU, it may already have its own internal 4:1 Balun – and with this convenience why should anyone want to build an external one?

The answer is because there are times when this arrangement is less than ideal:

I decided to wind myself a “proper” 4:1 Current Balun to see how it compared against my existing 8-turns of RG58 on a single FT240-31 ferrite.

Baluns are quite simple, but can be tricky to wind as it’s a physical skill that gets better the more you do it.  The windings comprise of 12 turns on 2x FT240-31 ferrite cores – In order for each end of the cable to be opposite to each other, there is a crossover point – there is no performance change when doing this and you’ll see many examples of Baluns that have this trait.  It’s simply a way of getting the ends of the wire to where you want them – useful when you’re putting it into a box as wire-lengths can be critical.  On their own, these cores could function as a garden-variety 1:1 Current Balun/Choke (although I prefer to wind those with RG58, RG316 or RG142) – but I’m going to pair them up and wire them in a special way… 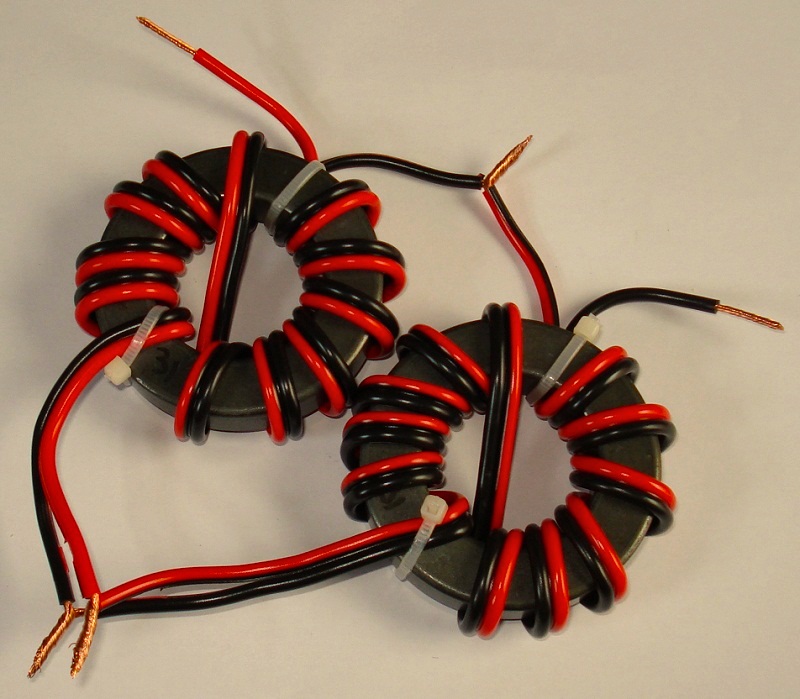 Notice how they are wired: 200-ohms becomes 50-ohms by wiring the aerial-side in series and the radio/tuner end in parallel.  The aerial is connected to the single red and black wires (the middle wires are left “as-is”).  If this was going up in the air as part of an off-centre-fed dipole, the short leg of the dipole would connect to the black wire on the right.  The radio/tuner is connected to the pair of red and black wires at the bottom.

Those of you with keen-eyes will also recognise this Balun as similar to that used in the G3TXQ CobWeb.  However, in that situation the Balun is connected the opposite way: The aerial terminals are connected to the parallel pair of wires and the feedpoint to the series pair – This turns it into a 1:4 Balun making the end result 4x whatever goes in.  In the CobWeb’s case, 12.5*4=50.  No complicated formula here, just basic maths and a bit of common-sense.

You may see examples online where 4:1 current balun has been built on a single ferrite core – this is poor design!  In order for the balun to work effectively, it MUST be wound on 2 separate toroids.  Another benefit is that you’ll be able to use thicker wire for increased power capacity.  The cable here is 15A automotive/speaker twin.  If your requirements are a little more “QRP” then you can wind a lighter version on 2x FT140-43 toroids – certainly good for up to 100w.  You can of course lay the ferrites on top of each other to fit into the box when it comes to finishing the project.

If you want to see a “live build” version of this, Kevin KB9RLW has posted an excellent video on YouTube.

What I Found
As expected, I found this 4:1 arrangement to work well on some HF bands but had problems getting a good match on 12+10m.  There are a number of factors which affect the performance of a 1:1 vs 4:1 Balun here: Doublet size (I have just under 18m per leg) … Length of feeder (about 7m here) … Band in use, etc.   The G3TXQ article I linked to above has more detail on this along with some pretty graphs.

If you’re looking at putting up a Doublet, then a simple 1:1 Balun/Choke at the ladder-line/coax junction will be fine.  If your interests are in the lower (<10MHz) bands, adding more wire to the aerial by snaking them on a set of plastic spreaders will also work well.  Below is a diagram of an 80m Doublet that I used at my old QTH.  In a 12m garden, I managed to get just under 18m of wire each side of the feeder by making use of some clear plastic spreaders – The wire simply “snakes” through them: Out from the centre, back in, and then out to the far end.  It’s a great way of getting a low-noise and balanced aerial in the air if your garden isn’t particularly big.

The key is to experiment – Try different things until you get something that you are happy with! 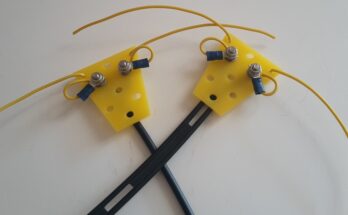 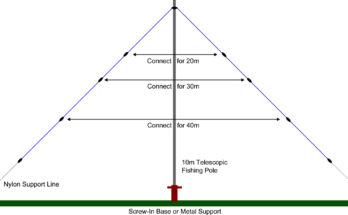