I recently needed to re-program my FT-857D with some new memories but didn’t have a spare USB CAT cable to hand.  Then I remembered that all of the various radio programming cables use just 3 wires, I opted to make my own Heath Robinson version which took longer to assemble on the desk than the actual programming cycle itself!

I used an FT232RL FTDI USB-to-Serial converter which also make great Datamode Interfaces for older radios without a built-in USB/Sound interface.  Typically, the PTT is wired to the RTS and CW keying comes from the DTR pin.  For programming radios, the TXD+RXD pins are cross-wired to the radio along with the Ground.

Here’s how the thing goes together:

…and that’s all there is to it – I used G4HFQ’s FTBasicMMO to update my radio but CHIRP would also do the job. 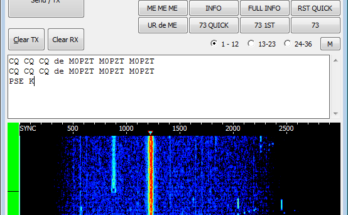 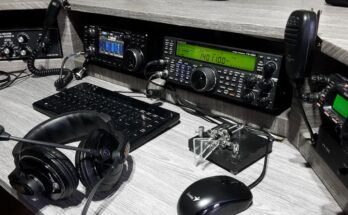